Let me introduce myself. 🙂

Floorballsports is a company created in 2009 and I (Ulrik Jonsson originally from Sweden) who runs it is a true floorball enthusiast working 24/7 to bring you the best selection of floorball equipment.

Growing up I mainly played ice hockey and only floorball for fun as everyone did at the time growing up in Sweden in the 80s. I did not know anyone playing in a floorball team when I grew up. I only really started to play floorball here in Amsterdam when the team (FB Agents) started in 2004.

I was chairman in my Amsterdam club many years, was trainer and coach and been organizing Amsterdamned tournament since 2014. Also coached the Dutch National team one year together with 2 friends (I was not head coach). Was in 2018 the first player in Dutch floorball history to get 600 points and score 400 goals in the Dutch Eredivisie.

Actually met my wife in a floorball tournament in Germany and first kiss was at another tournament in The Netherlands. I now have two kids (boys) with her. 🙂

Give me a call, send me a email or facebook message with any questions you have and you will get an answer within minutes unless I am on a training or at a game. 🙂

I am proud to offer products at lower prices than the manufacturers suggested retail prices and competitors in western europe.

Floorballsports first priority is your full satisfaction. If you are dissatisfied with your purchase for any reason, give us a call or send us an email and we will make it right. We want you to have a great experience every time you interact with us. 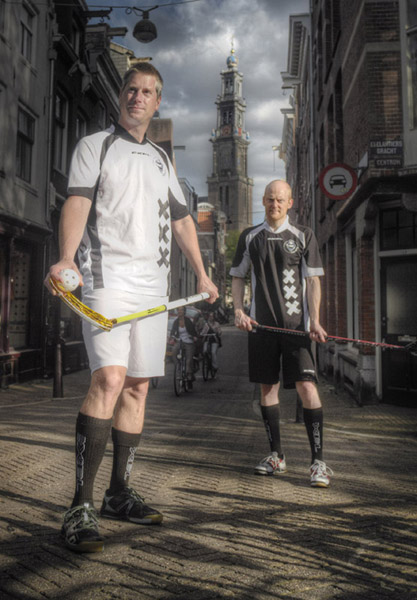 I am the front guy in white.

You can pay either directly with your PayPal account or a credit card through PayPal. We also accept IDEAL (Dutch bank service), Mister Cash (Belgium bank service) and Giro Pay (German bank service) or your payment directly into our bank account.